I saw a mouse, where? There on the stairs, right there…

Off to the beach: 8th May
Another of those ‘old classics’ from the Ed Stewpot era kept creeping into my head every time I passed a windmill – and no, I haven’t taken the classic tourist photo of one yet.

Our original plan for today was to go to Amsterdam, but to be honest after the Keukenhof gardens yesterday we decided to have an easy day. As we are only 2.5kms (1.5 miles in old money) we deicide it would be a good idea to cycle to the beach (us and a thousand or two of other people as well). Still we weren’t to meet them until we arrived at the beach, a quick look at the ‘sardines in a tin brigade’ and we promptly turned around and headed for a beach hut type café for a coffee and plan B (which we hadn’t figured out yet). 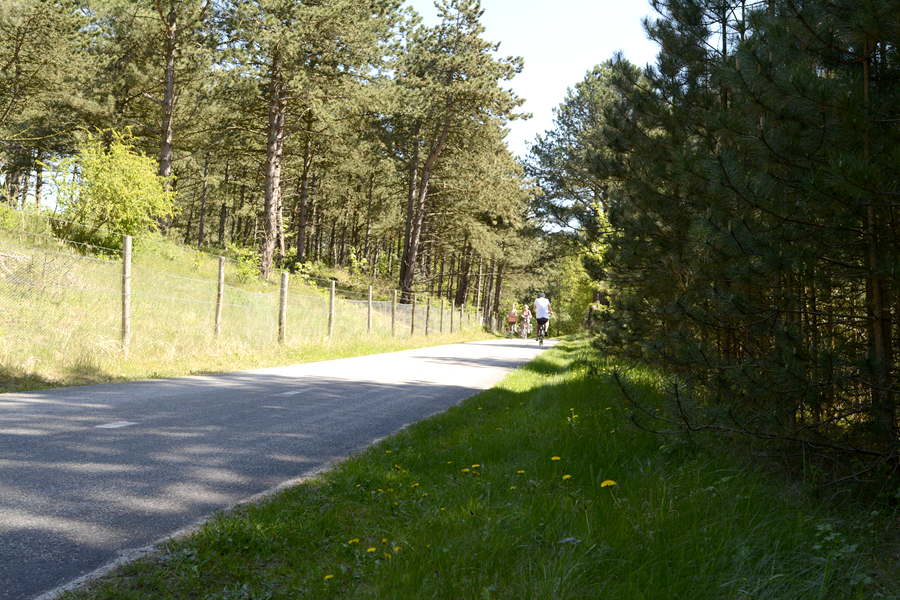 On our way to the beach

A word on cycling in Holland – despite the excellent paths and marked junctions it can still be a bit of a hit and miss affair who has right of way sometimes. The Dutch are so adept at swiftly picking their line and damn everyone else you soon get used to getting out of their way and as your confidence increases – you try the same. Mistake – we do not have Dutch bikes – so the car drivers, scooter riders, pedestrians and any other road user instantly know we are ‘Johnny Foreigner’ and dismiss our attempts at boldness with a sniff and a tut, tut. There is a network of numbered junctions all over Holland so route finding is easy – get to any junction with a number on, look at the board and decide which number to go to next – easy, and if you get lost re-trace to the last numbered junction (yes, we did that a few times!).
After turning our backs on the beach we headed back towards Noordwijk aan Zee expecting nothing more than a mini seaside town just like in the UK. We were not far wrong – a promenade, hotels, ice cream parlour’s cafés, bars and souvenir shops – however, here in Holland the seaside town was clean. Please no e-mails about how wrong I am, I know there are clean UK seaside towns but I have to say the cleanliness here does make an impression. It was another hot day 23°C, so an ice cream was in order (I think I’ve managed one every day so far).

To save time getting to Voorhuit station in the morning to get to catch a train to Amsterdam I decided to do a cycling reccy to the station. Got a little lost but followed my nose and got there eventually, bought tickets for tomorrow’s journey – messed up at the ticket machine and bought a ticket I shouldn’t have – pocket was €16 lighter! 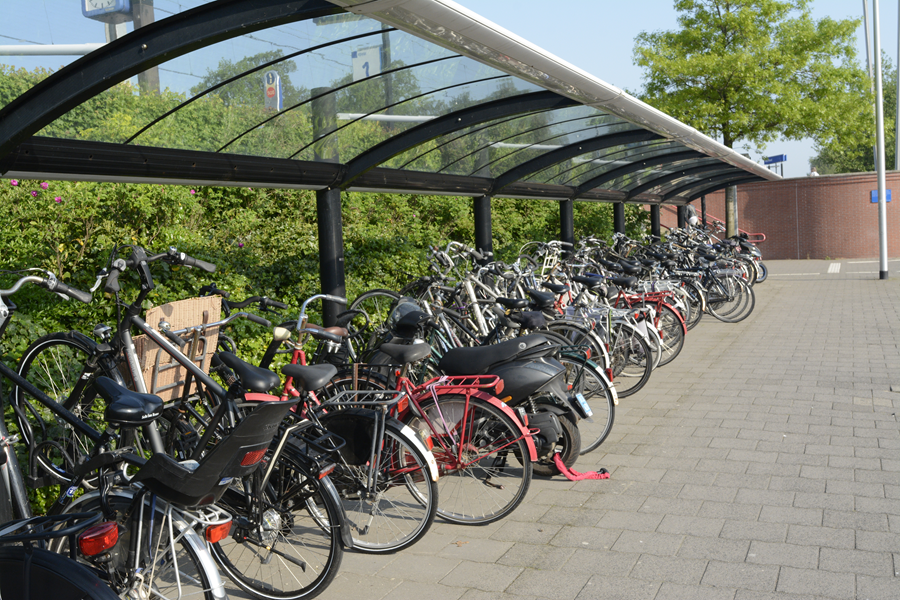 Amsterdam: 9th May
Armed with 3 tickets (instead of 2) off we cycled to the Station to catch the 9:16am train to Amsterdam, somewhere I have always wanted to visit to see the architecture. Upon arrival I was once again foiled by the automatic ticket readers, I let Janette through on my ticket which meant I was stuck behind the barrier until she came back and let me out with her ticket. She could have just left me there and gone on her own – but I had the map, ha! I sometimes think it’s a miracle I can type this and upload it to t’internet given my propensity to mess up simple things like ticket machines purchases sometimes – my excuse – I don’t live in London. 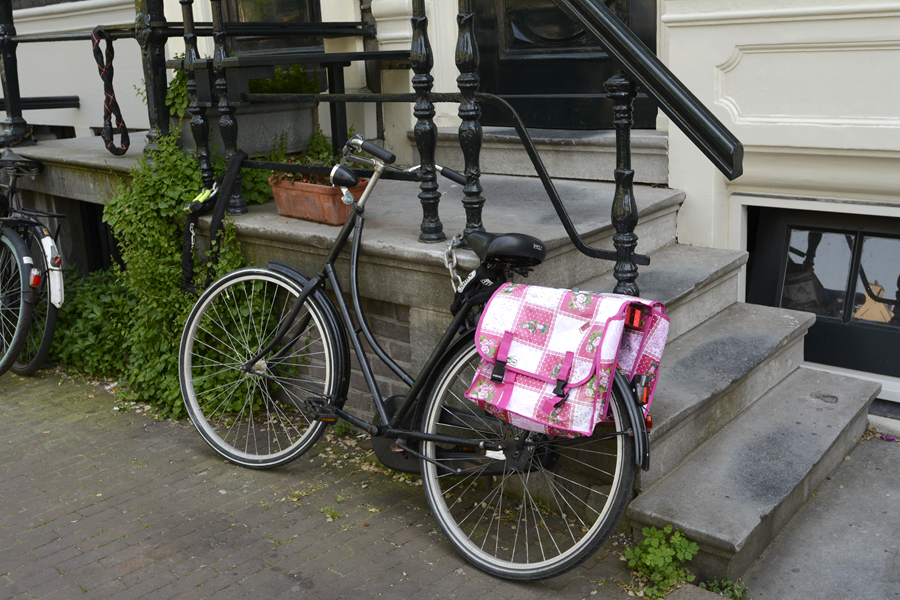 As soon as we were out of the station we were ‘lured’ by the touristy canal boat trip – and glad we were too. An hour’s trip seeing some of the wonderful bridges, architecture and old houses of the rich Amsterdam merchants of the 17th century was well worth the ticket price. We had done some homework on what we wanted to do and although we do want to do a couple of Museums, we will do them later as we are passing by again after going up North. The walk devised took us past some of the oldest buildings and architecturally pleasing in the city – I would recommend a €4 map from the station – another purchase well worth it. 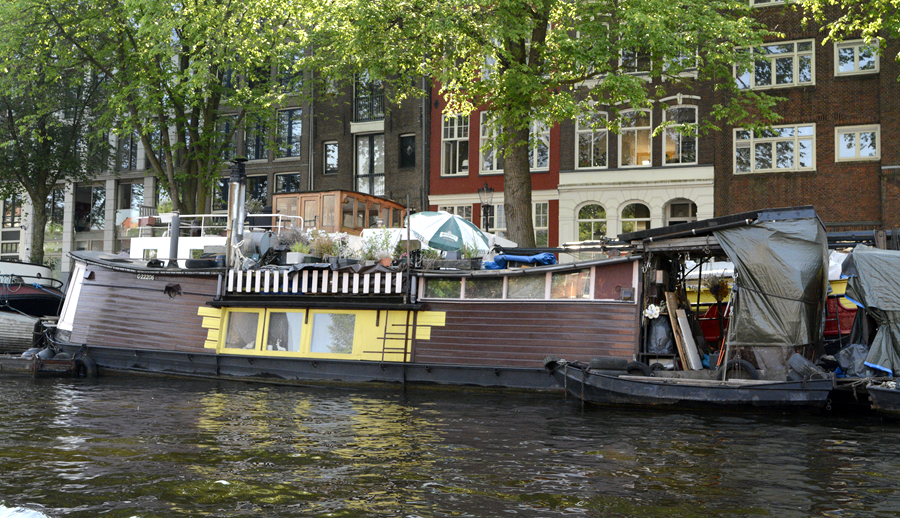 A spot of lunch on a Hansel & Gretel’s café balcony with half a carafe of Rosé, people watching, amazed how many accident’s didn’t happen – Japanese tourists standing in the middle of a major cycle junction taking the obligatory 1001 photographs, moped riders swerving around skateboarders, skateboarders swerving around pedestrians and large cars trying their best to be small at a very small junction – people watching at it’s best. Another ice cream and then a hot walk back to the station with 2 mins to spare before the train left.
A wonderful day out and a long-term wish achieved. 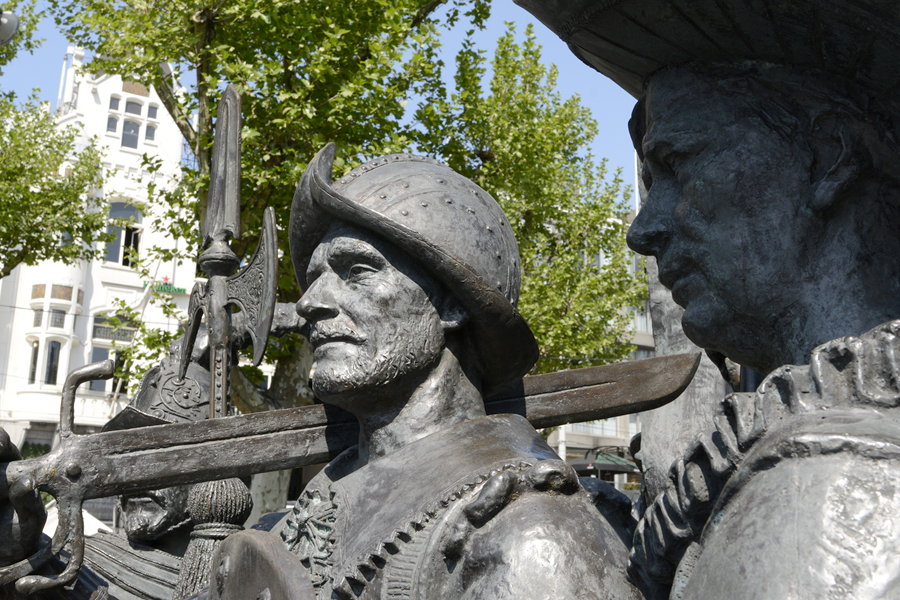 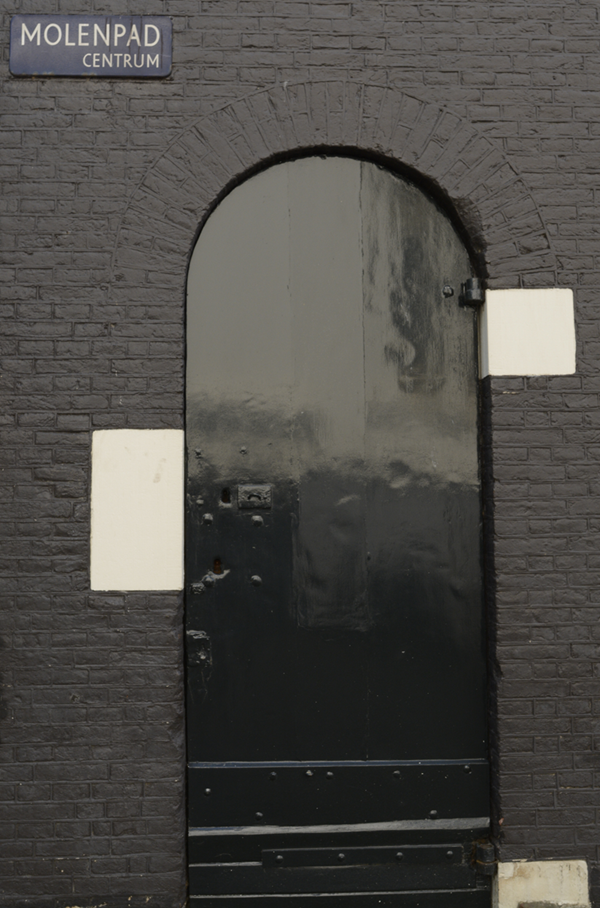 Another one for the ‘door project’