Landeda – Camping les Abers
Nous sommes arrivons – 26th June 2019
Having driven through rain, into sunshine, arrived at our 3-night campsite and settled in with a beautiful sunset the night before – the rain then followed us. I’m not a superstitious bloke but I can’t help the holiday gods have got it in for us this year (see Bonnie Scotland posts). We would not be deterred though and decided that the forecast was looking good for the afternoon and decided on a walk around the peninsula. Heading north out of the campsite we were on the coastal path – the GR34 which runs all around the Brittany coastline. The wind was blowing a hoolly coming from the north, so it was a real struggle. We marvelled at the kite surfers in the shallow Brittany waters thinking what a rush of adrenalin it must be, Janette was convinced she would drown if she tried it even in only 2 feet of water. Janette does not do water anything above ankle level. I love it, but for kite surfing I reckon your arms must be like Arnie Schwarzenegger to hold on to it – there seems to be a harness around the waist which takes a lot of the strain, but I bet the arms still ache. Moving on to the next water sport featured today – wind surfing. Heck those boys and girls can do some serious speed, imagine if they could get a car on board, you’d be over in Brittany before you could say ‘Merci monsieur’ and scoffing those croissants in a jiffy! Needless to say the scenery was magnificent and by the time we turned the corner at the top the wind was behind us. 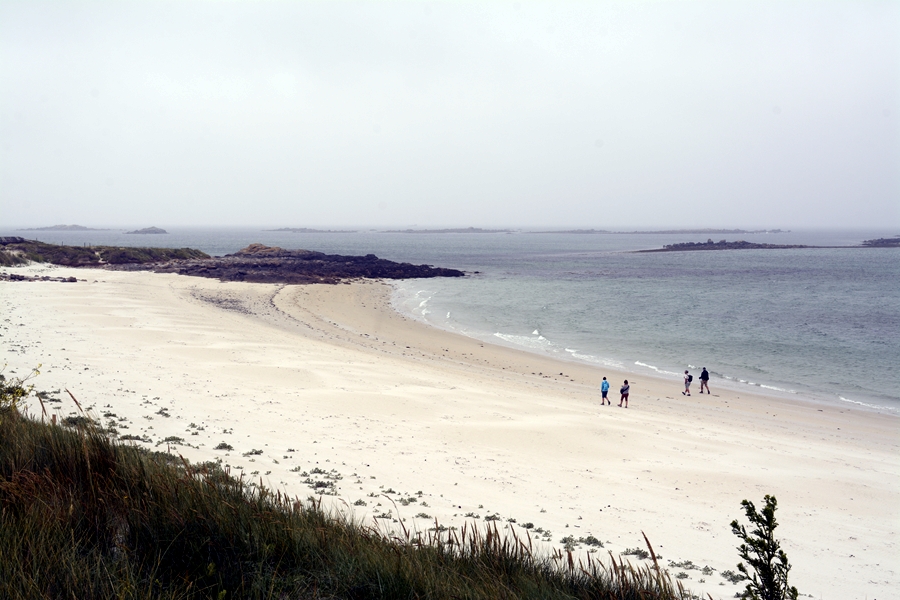 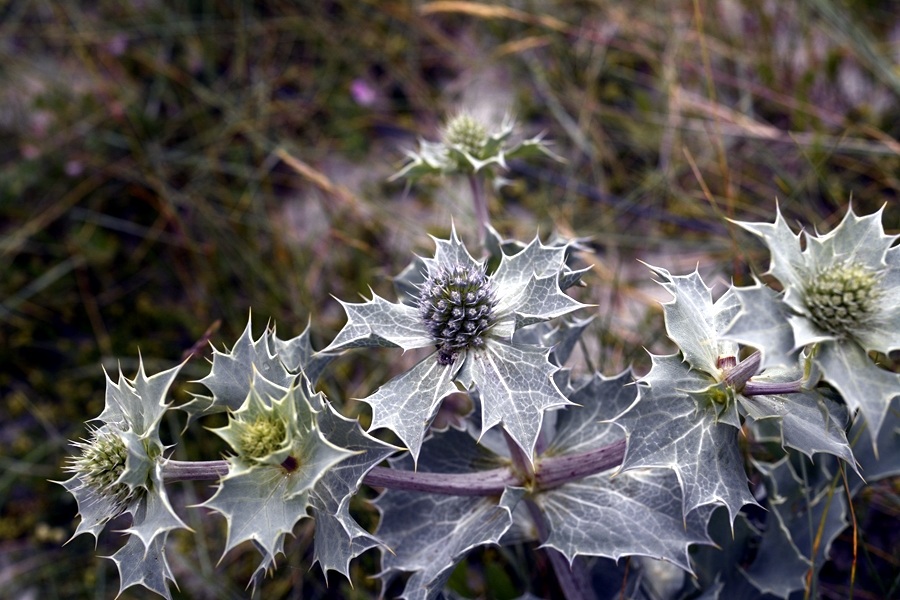 Some great flora (looks like sea holly – Echinops, but not sure) seen on our walk today 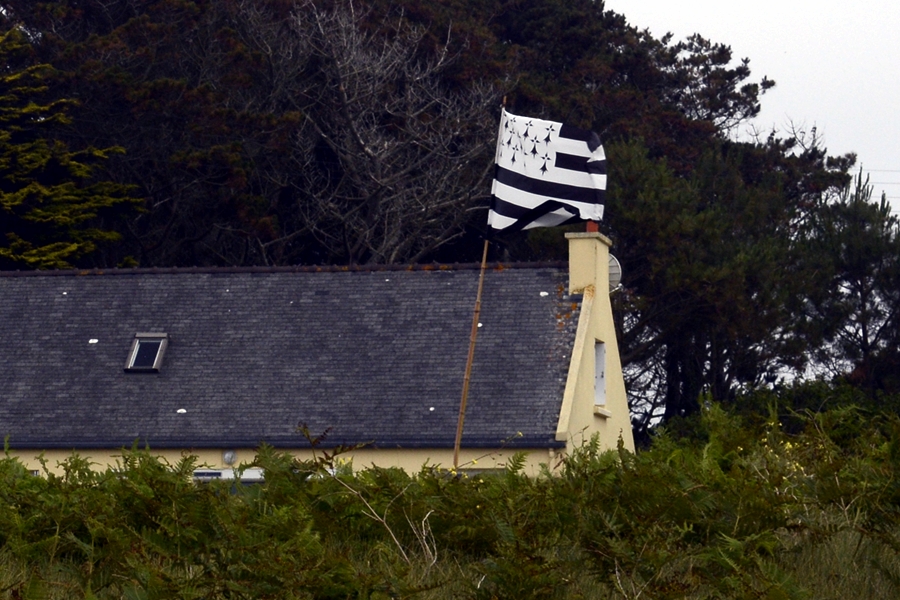 The Breton flag – like the Cornish the Bretons are proud of their heritage and like to show it.

Inevitably at some point during a motor homers blog the talk turns to toilets. Not this time the distress that can sometimes happen when emptying them but about some French toilets on the GR walk. I had mistimed my lunch and coffee and was desperate for number two’s when we came across a wooden shed next to a car park, upon closer inspection it was a loo – saved. On even closer inspection it was a wood shavings loo, never heard of one, never seen one before and without going into too much detail, once your ablutions are complete, you cover the necessary with wood shavings – and you know what? All you could smell was wood, I suggested we change to this method of toiletry for Hilma to Janette – she carried on walking.

Cycling the old rail track to Lannilas – 27th June
Today started dull, windy, misty with a spot or two of rain. We decided on an early walk and lunch before setting off on the bikes to Lannilas about 8-9km away. I had been told the there was an old railway line that had been turned into a Velo Route – so a bit of googling and checking cycling websites I was able to create a GPX route and downloaded it into the Garmin. Off we went looking forward to a flat ride but as usual around the coast you must climb out from the sea first. We wondered when the nice flat bit was going to appear however as ever when cycling in France there is plenty to distract one and it was not long before we were on the old railroad. Into Lannilas just after lunch and it was a sleepy little town, not much happening, so we headed straight to the patisserie and cheered ourselves up with some apple pastries thinking how virtuous we were cycling and wasting all those calories (if only).
Our last day at Camping les Abers and we wandered off to the beach each with our own thoughts of the wonderful spot we were in. I would definitely come back at some point – but there is still so much of Europe to explore we might never make it back here so it’s important to hold those memories in the head.
Next stop – we are heading to Erquy not far from Mont-St-Michel. We want to visit the Abbey rock which we didn’t on the way here as the rain dampened our enthusiasm and we thought we needed some decent weather to appreciate it fully. 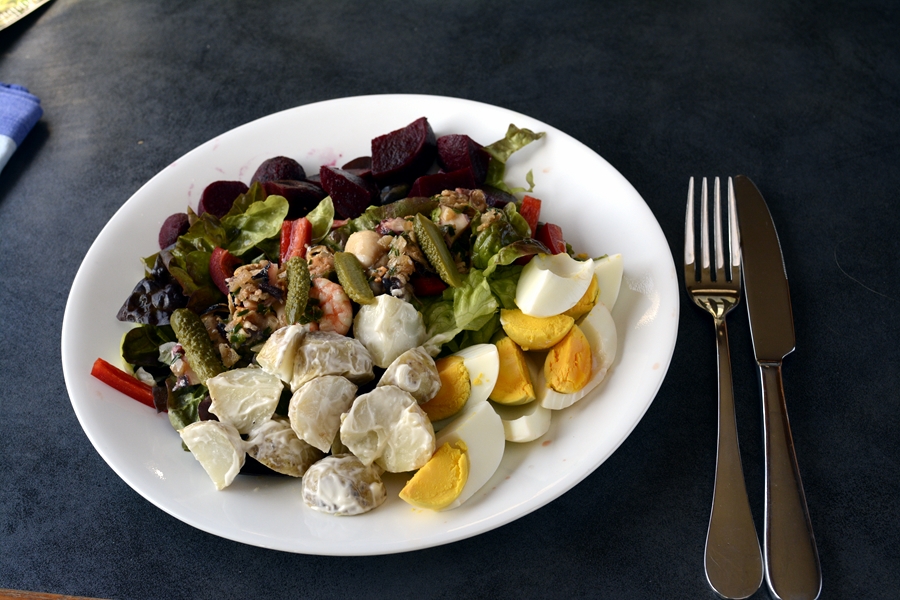