Mont-St-Michel – 29th June
Setting off early (well early for us) and away by 9:15am we thought we would get to Mont-St-Michel, have 2 or 3 hours there and head off to a small 3 van Aire for our last overnight stop before the ferry tomorrow. As usual the best laid plans can go awry (I say as usual, but I shouldn’t as sometimes things go as planned) and our timings were a little askew. That takes me neatly into philosophy, no you can’t read this blog and not have some, trust me it’s worth thinking about. Heraclitus (c535 BCE) stated that “No man ever steps in the same river twice” – what did he mean? (by the way I am not a philosopher, so don’t challenge me on this, I just read about them) – well what he is saying is that we live in ever present change and we must accept that things are never the same and no matter what we plan things can (and will) change. Not necessarily ground breaking but bear it in mind next time your plans go awry – think of yourself as a dog on a long lead tied to a cart – you can fight it all you like but you are going with the cart, or you can accept it and go along for the ride and enjoy it.

Which is what we did today. Arriving at Mont St Michel we were later than we wanted after an episode with our cards at a petrol station (nothing new there then) – I think we’ll be ditching the Post Office Euro cards. Trying to get into the right car park at MSM was interesting – no idea which one until after trying 3 a helpful girl eventually said numero 8 (the last car park in the line).
Buses take you over the causeway and drop you off at the ideal photo opportunity. Nothing really prepares you for the magnificence of the structure. It made me just want to stand and take it all in for a good 10 mins and that’s what we did. Amazing. 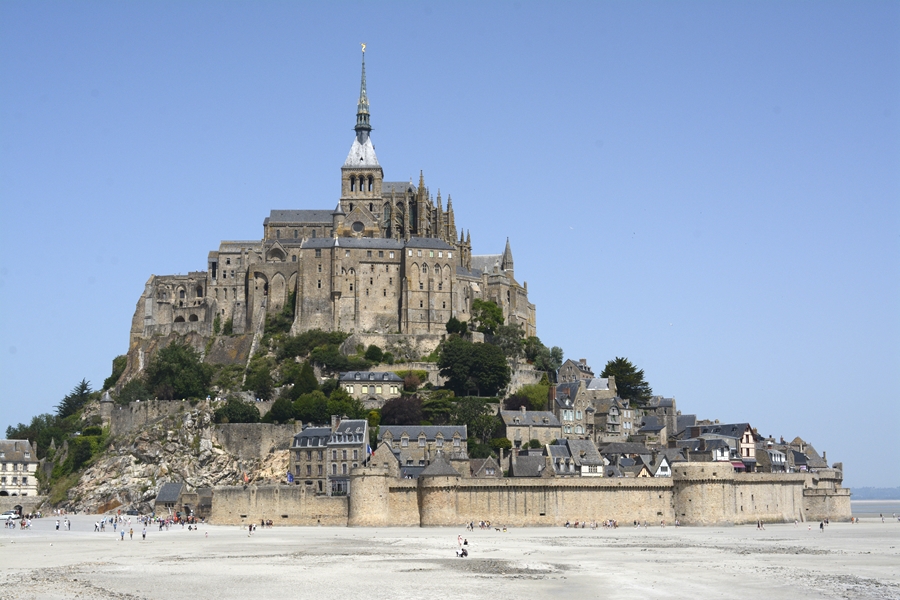 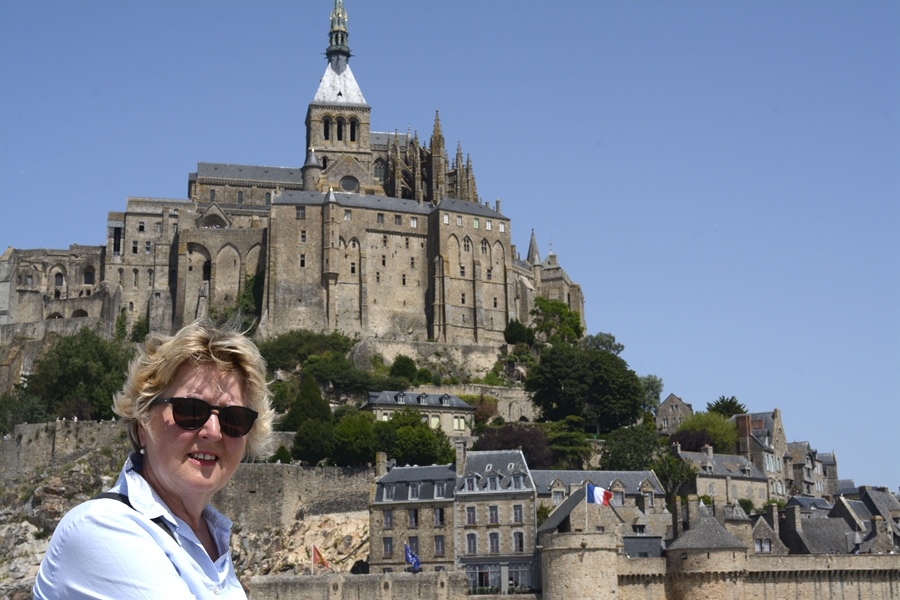 The next 3 hours we spent wandering the ramparts, the lanes and the abbey itself. The abbey was the best part and thoroughly recommended, I think I’ve mentioned before how these monolithic buildings never fail to impress me and the light inside sometimes takes your breath away with the beauty. 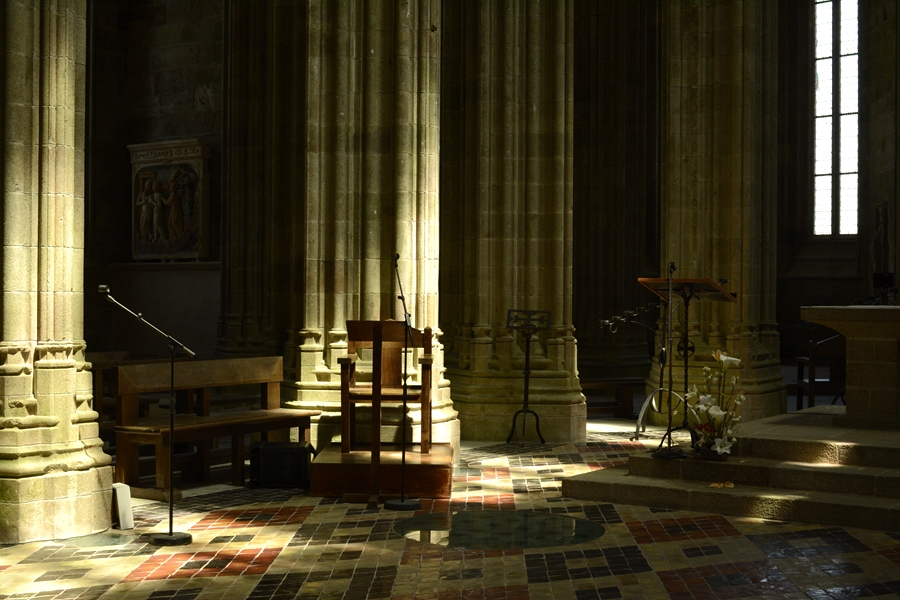 Beautiful light in the Abbey 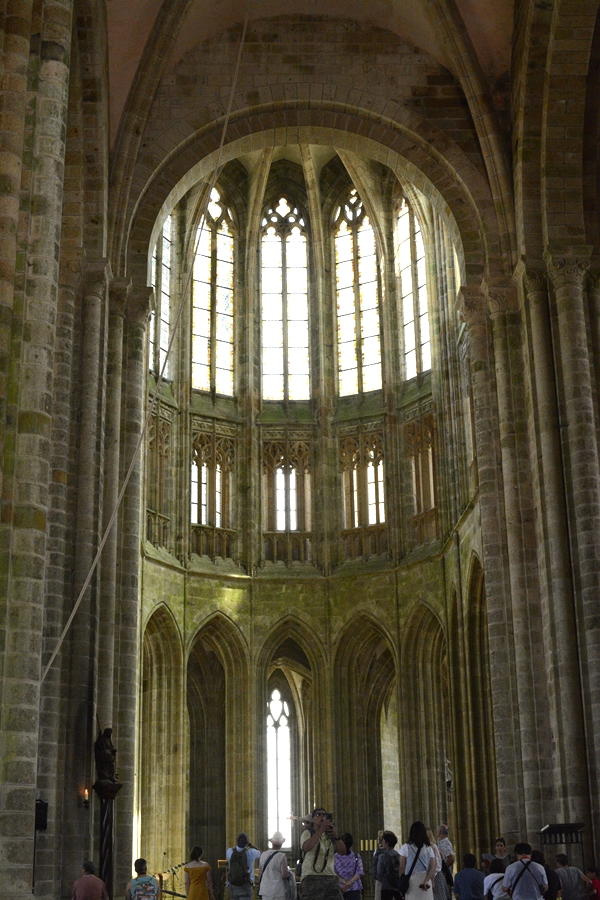 The abbey windows in the chancel 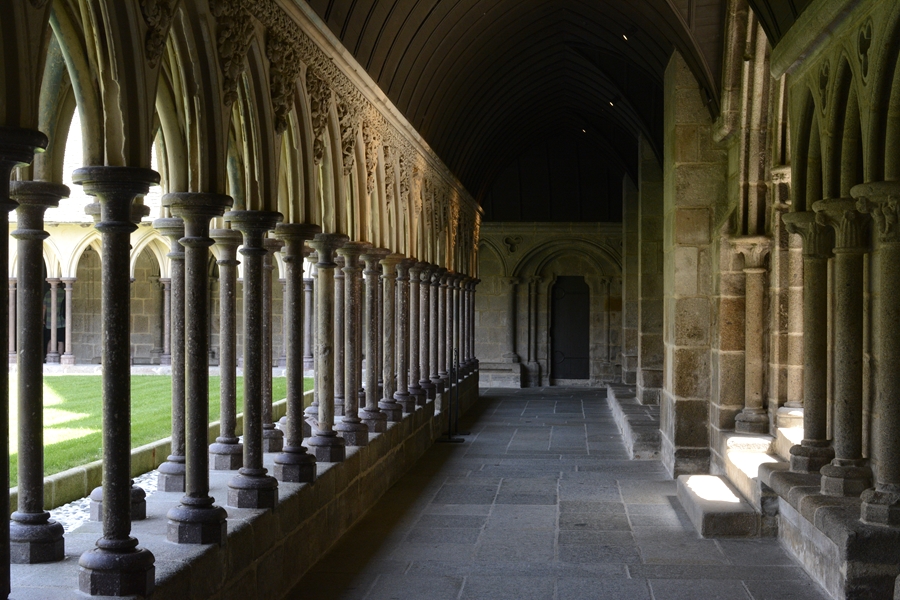 The abbey cloisters – a very peaceful part of the building 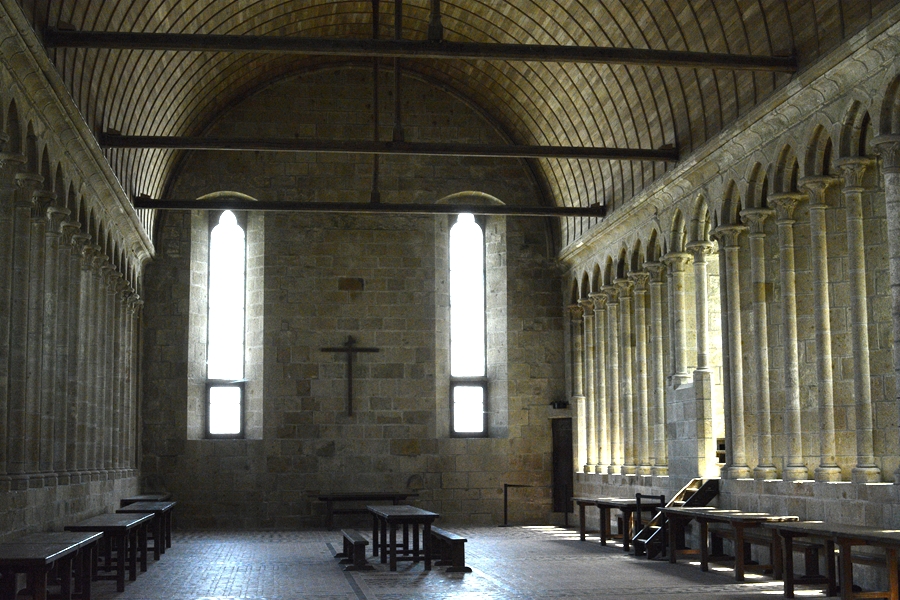 The abbey refectory – the monks would eat in silence while one of the monks reads religious instruction from a pulpit (right).

Getting out of the car park was just as interesting, once again the Post Office Euro mastercard failed us at the pay point so we had to revert to our bank credit card before Mont St Michel would release us on our way.
Route Barée – anyone traveling in France using a SatNav or map (or hopefully both) will understand these two words can strike panic into many an English driver and navigator. For the first time (and there have been a few this holiday) we ignored it and took a chance – maybe because it was the weekend there were no workers around, but we sailed through! We were too late to make the 3 van aire higher up towards Cherbourg which isn’t too much of an ordeal as there are plenty around. We got the last space at Agon-Coutanville at 5:45pm, settled in for barbecued pork chops and rosé wine to reflect on the magnificent views of Mont St Michel.
Back home tomorrow with a late ferry at 5:00pm so no hurry to get up and get going. 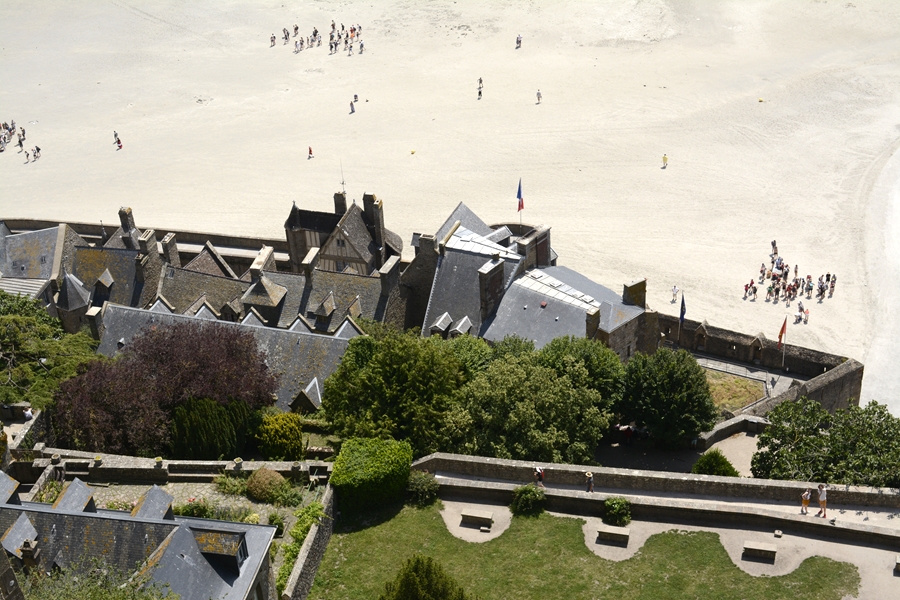 The people below looking like busy little ants – there were guided walks across the sand and mud – but in 32 degrees in the shade this was not a day to be doing that.