Heck it was hot last night – 24°C in Hilma at one point. Now I’ve heard all these stories about not sleeping with the windows open on the continent just in case someone inserts a gas tube to knock you out while they rob you. Utter rubbish and nonsense, they would have to be some sophisticated low lives to access that kind of equipment, so I put two fingers up to the urban myth and get a decent night’s sleep with the windows open.
Westwards ho we went heading along the north Brittany coast roads avoiding the major roads which does make for some interesting (and slower) driving. We only take the major N or E roads when we need to make haste or avoid large town centres. The weather had dropped about 10°C by the morning so felt chilly (but still warm quite a few degrees warmer than our recent trip to Scotland) so a good day for traveling. We had an overnight stop in mind at Treguier (N48°47.402’ W003°13.863’) – the road along the north coast is a wonderful drive with plenty of great views to enjoy a coffee or a lunch break. Arriving at the aire about 4:00pm (we try and arrive around this time in the afternoon at most aires to hopefully secure a place) there were plenty of spaces – about 10 motorhomes there already with plenty of space for more. Parking overlooked a tidal river with plenty of shade (should you have the fortune of good weather – unlike today’s drive). 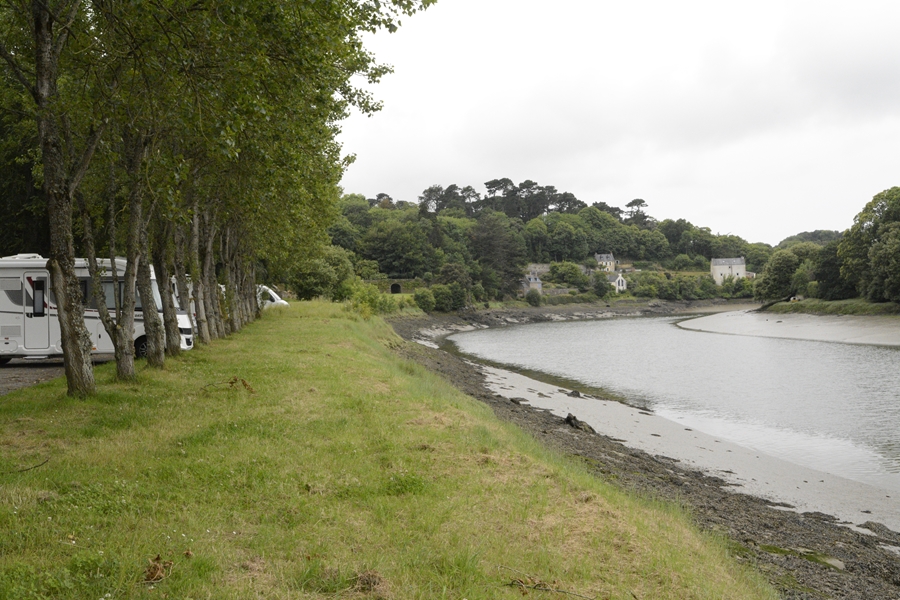 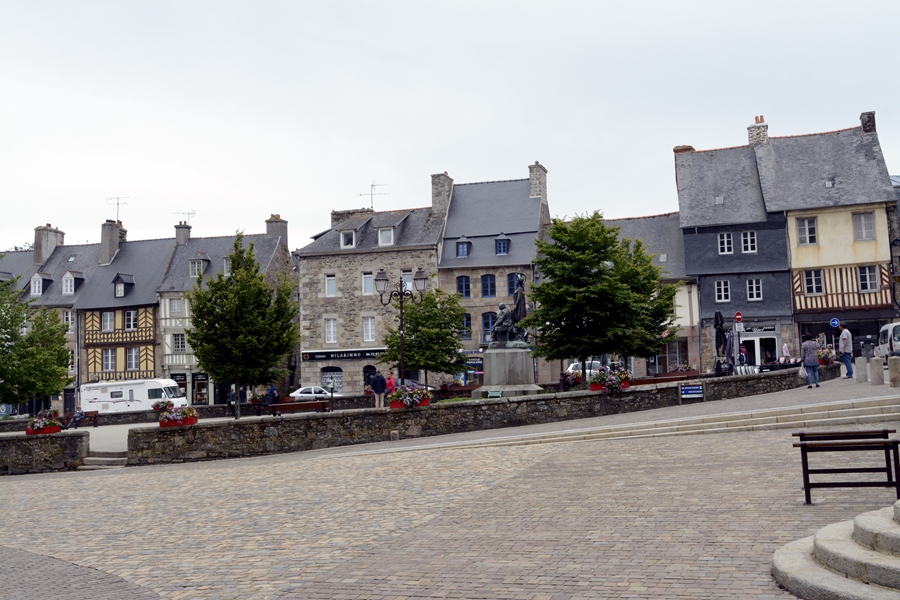 Wandering into Treguier we found a picturesque small town with plenty of medieval buildings that reminded us of our time in the Alsace. A quick look around the cathedral – I am not religious but these monolithic structures always impress me in respect of the architecture and craftmanship of days gone by. 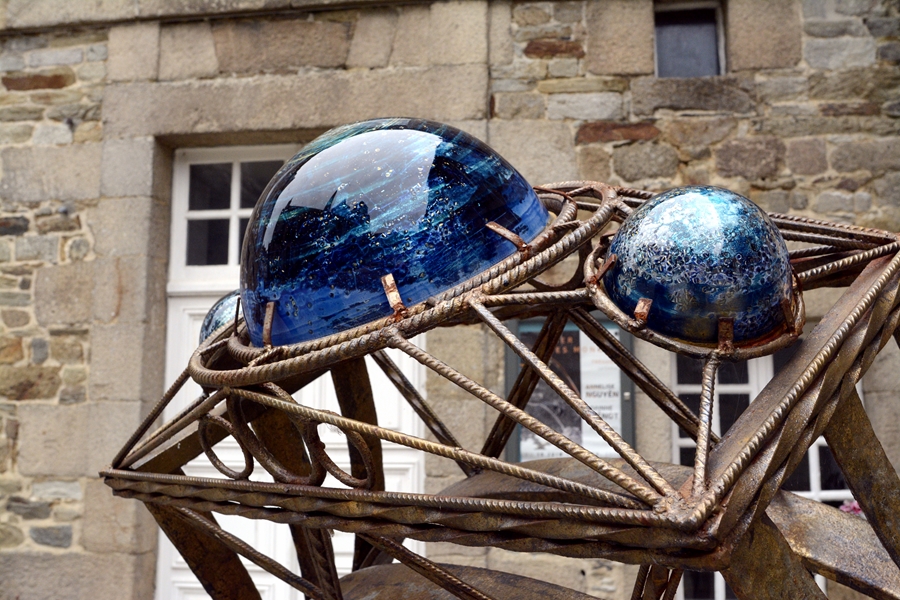 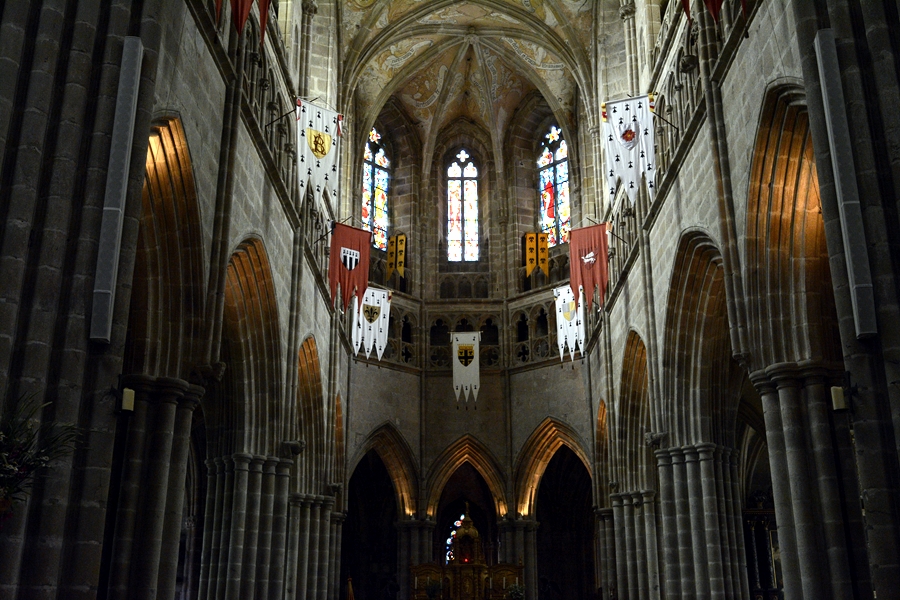 We decide as the aire was free we would treat ourselves to a meal out later and we were not disappointed – Moules a la Crème in a small restaurant (La Dentelliere) with about 20 covers. 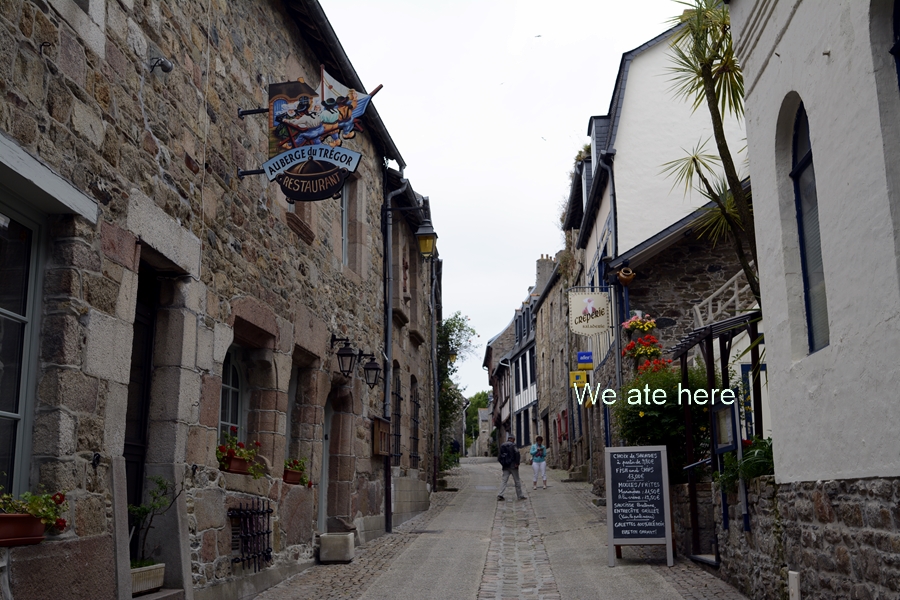 I must say that I have never had muscles so tender and sweet before, a meal to store in the memory banks if I can. Returning to Hilma the spaces had quickly filled up with 21 motorhomes parked up with a few places still left.
It rained heavily in the night, under the trees the drips were doubly large – earplugs were a must for me being a light sleeper and Janette (who usually sleeps through earthquakes and anything else the world can throw at her) also had a bad night’s sleep. Still the aire is a definite recommendation and should you be in the area looking for spot don’t hesitate. When we left the next day, we did see some motorhomes parked in the port car park, so this is obviously a popular destination.
Still no Breton shirts!