Well it has been a while folks (for those that accidentally come across this site). We were meant to be going to Cumbria without Hilma (taking our Sporting Trials Car instead for a BTRDA trial) but Hilma needed an MOT on Friday and I had an AGM meeting of the fly fishing club so it was really silly thing to try and do (especially as we had reports of another silly weather front from Putin’s way coming in again). So what did we decide to do – yes that’s right, take Hilma out for a night out (she deserves it you know – stuck in her compound with all those other vans with not a human to talk too). Where did we decide to go – right into the amber weather warning area given by the met office on Friday night. Were we bovvered – of course we were.

Off we set Saturday morning and duly arrived at Aberbran (small CC site for 24 vans) on the sight of an old railway station. Charming. Quick cup of tea and off we toddled for a quick circular walk around the valley. Six nations on the radio was beckoning so I set a stern pace, soon to be slowed as we kept stopping at most farm gates to lean on and take in the views. 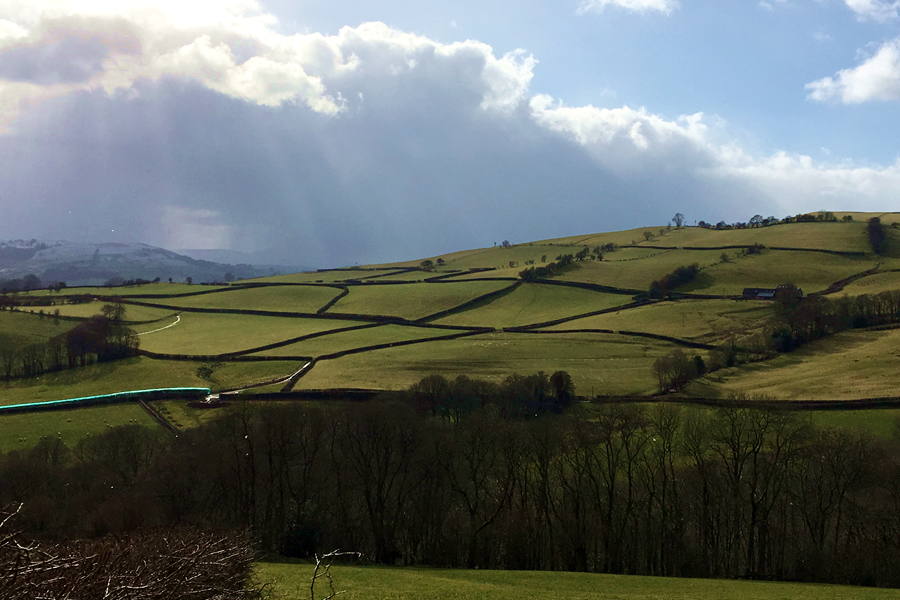 A view from a farm gate 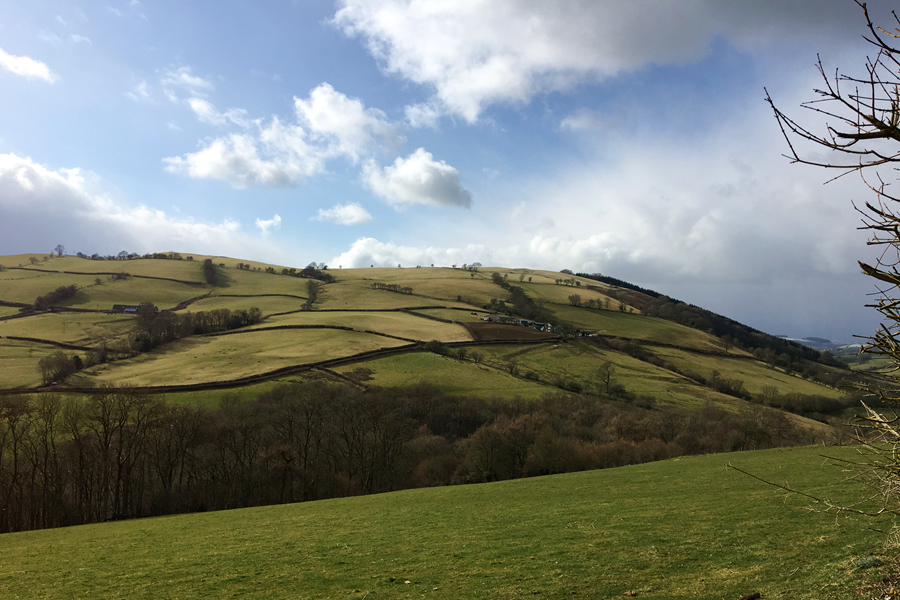 Yet another view from a farm gate!

The views over Pen-y-Fan and Corn Du were absolutely stunning and the photographs taken with my phone do not do them justice – should have brought the camera out. 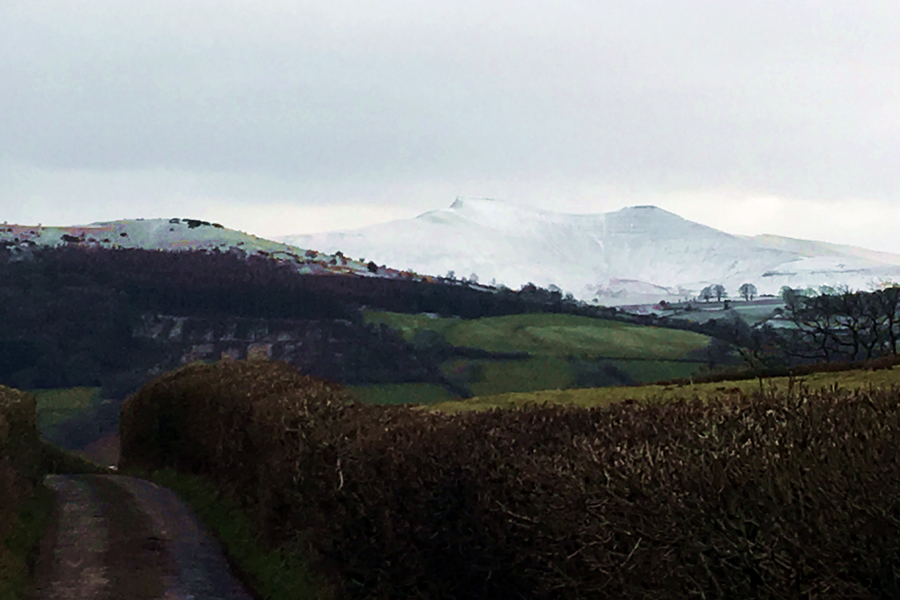 The snow capped tops of Corn Du and Pen-y-Fan. Binoculars showed plenty of people up there braving the elements.

The walk was lovely – only spoilt by the England v Ireland score on return to Hilma. A cup of coffee and a whisky mac soon cheered me up (easy to please) and then looking out of the window we saw the Best from the East (part II) starting to show us what we had in store – silly us! 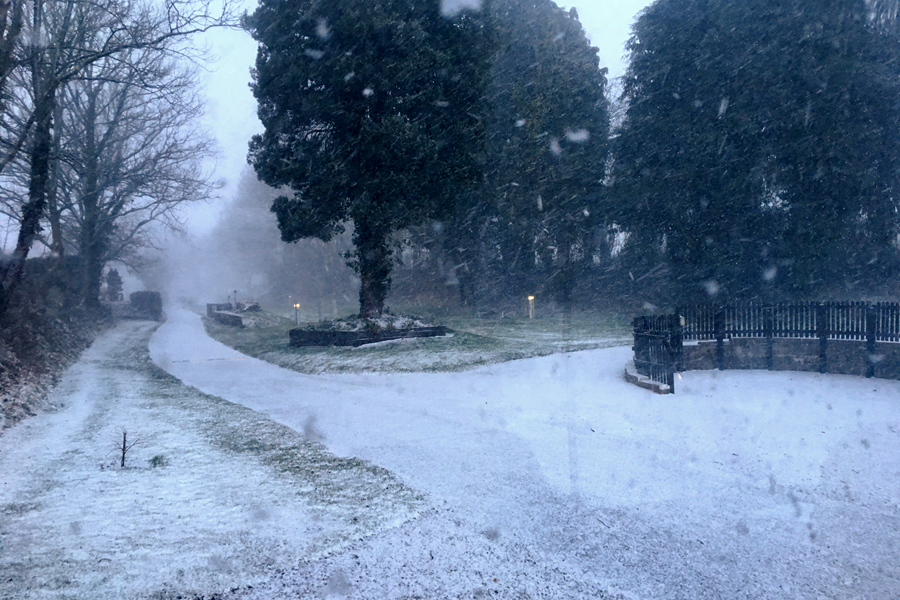 The beast from the East (pt.II) starts to show it’s hand